Jackson Heights Rotary Club: Everything We Can Do and More 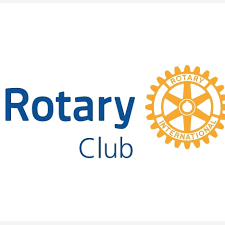 By Stephanie Jaramillo, Staff Writer
The Jackson Heights Rotary Club is just one out of a million Rotary clubs around the world. These organizations use their extra time to help. The youth are a community that these Rotary clubs reach out to. This is an opportunity that is good for your service hours and college resumes but also an amazing way to bring care to the people who need it. After sitting down and learning about the Jackson Heights club I’ve learned quite a bit and grown an interest in the ongoings of the club.
The Jackson Heights Rotary Club has existed for about 12-15 years. Hugo Lane, the current president of the club, told us that their club is a part of the Rotary International, which is the oldest and largest international service organization. It was founded by Paul Harris over 100 years ago in 1905. Harris wanted to build a community to help make the world a better place, and people followed. Initially, they had only formed clubs in the US but now over 200 countries have a Rotary club.
Rotary’s projects have made a big difference for everyone. Lane informed us that their club has mainly been focused on the needs of Latin America, not necessarily in big ways but ways that are meaningful. They have collaborated with rotary clubs in Colombia to help send out supplies to special schools that use art education to build reconciliation between people who lived through the civil war. Locally they tend to do annual events such as their Thanksgiving tradition of making sandwiches and hot cocoa to take to Day laborers in Jackson Heights, Woodside, and Astoria. But they can’t do this without raising money. Hosting raffles, getting sponsors, or they do other fun stuff like host pageants for different culture groups to raise this money.
“Something else you should know about Rotary is that they sponsor lots of exchanges that allow high school students to go live in another country for a year.” Lane mentioned, though he said not a lot of Rotary clubs he is known with have had the opportunity to do this recently, but he did have a friend that spent a year in Australia through Rotary, meeting new people and helping others. And just like that Rotary allows you to connect with many people. Making friends with people you would have never crossed paths with, who might also have different political views but share the same desire to make the world a better place.
When someone expresses interest in joining Rotary, Lane explained that they like to get a sense of their priorities first. “Why do they want to join? What vision do they have for projects?” Yet Lane’s Rotary Club is mainly aimed at adults. The club usually meets at a coffee shop where you pay for your own drinks, so dues will be cheaper, but the annual dues without any extras will likely be $200 per member. But different clubs have different interests, for example there is a club associated with JFK airport, Lane informed. “One of their specialties is helping with logistics and getting aid where it needs to go at minimal cost so that the projects get the most for their money.” But of greater interest for us are Rotaract and Interact, Rotaract are aimed towards college age people and Interact are aimed for high schoolers. In the District of Long Island and Brooklyn has as well established a weekend program called Rotary Youth Leadership Award which Lane said he’s heard the most wonderful things of. Yet Lane’s Rotary Club isn’t mainly for the youth; there are many other ways for young people to get involved. I spoke with Carla, a fellow member of the organization. She spent some of her time telling us a little more insight about the club. After stumbling upon the club by a mutual friend, she grew to fall in love with it in such a short period of time.
How has it been to be a part of the club? Carla reminisced that it’s been a very rewarding experience because they’re able to focus on organizing their own projects and focus on the needs of our community, as well as worldwide. They’re equipped to focus on different interests that are around the same time, allowing everyone to have a chance of assistance. Carla also told us of her experience of when she met a 16 year old Danish girl while traveling to Colombia. The girl was doing a foreign exchange program through Rotary Club. Her club had connected her to a Rotary club in Colombia allowing the girl to learn Spanish and have technically a free vacation.
When asked if this organization has changed her as a person she merely stated, “It’s made me see how even one more person can make a difference and when you’re surrounded with a few people that also think like that, you don’t need a bunch of them to make a difference. Especially since we don’t have that many members right now and we’ve still been able to support different countries in humanitarian crises where we’ve sent out emergency aid like we recently did with Haiti...” Their project with Haiti was very successful, they managed to send out a tremendous amount of school supplies, clothes, and feminine hygiene products. “The organization has brought me more opportunities to reach out to help and meet new people who think the same as I do, and allow me to form new memories to cherish.”
There’s many other rotary clubs out there looking for more people and it’s easy to find these clubs. It’s a network of people who give their extra free time to community service and they don’t get paid for it. It is as easy as searching up “Rotary Clubs near me”, where you will be shown plenty of clubs and their requirements to join.