9 to 5 The Musical: Behind the Scenes 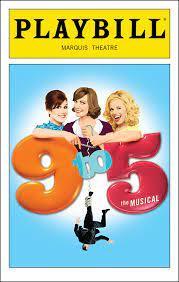 Following the production of Anonymous, The Maspeth High School theatre department announced that they were planning their next musical 9-5.The Tony nominated Broadway show is composed by Dolly Parton and based off of the 1980 film.

Auditions took place this week and we decided to interview our theatre teachers Ms. Ludlow and Ms. Rohlf to see what got them into theatre. Let’s hear what they had to say.

What got you into theatre?

“I’ve been playing pretend since I was a little girl”, Ms. Ludlow commented. She said that what had really changed her opinion of theatre was when she played “Theo” in a highschool production of Pippin when she was seven years old. That production made her realize that she didn’t want to do anything else in her life.

Ms. Rohlf said that her parents first met over a shared interest in performing arts. As a result, Ms. Rohlf has been interested and involved in theatre since birth. She and her siblings would watch their parents perform. This became a foundation for family bonding.

Are you excited for the musical?

Ms. Ludlow says she is very excited to start this musical and to be able to collaborate with amazing teachers and students on this project.

Ms. Rohlf agrees that she is very excited, and her favorite type of theatre is musical theatre.

Why did you choose this musical?

Ms. Ludlow wanted to choose a musical that would reach a wider audience. She wanted to choose a show about a real issue and thought Dolly Parton would be fun because her music has a big range and it's fun and fabulous. It also talks about empowerment. This is also the first show that has only women writing the book and show.

Ms. Rohlf says “Ms. Ludlow and I are very passionate about feminism and women’s rights” The musical also touches on misogyny in the workplace. Ms. Rohlf added that this is a hot topic and behind all the music it’s a real issue and a real thing to share.

As we can see, our theatre department is very excited to produce this musical.We can’t wait to once again be inspired by the work of the lovely actors, stage crew, and directors of the Maspeth High School Thespian Society.