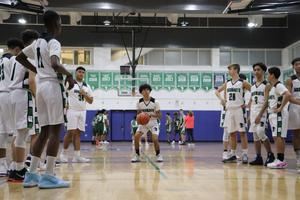 Team tops Queens Tech 69-45
The boys JV basketball team improved their record to 3-1 in league play this season.
The boys were led by Aidin D. and Jason G who had 18 points each.
Liam M. had 18 rebounds and Tomasz C. had 11 rebounds.
When asked about the win, Coach Mustac has this to say “ It’s good. The boys played well and were consistent throughout the game. It’s another step towards reaching our goals. Their work ethic was at the level that it needed to be in order to be victorious.”
The boys next play at home on Saturday, 1:30pm against Van Arsdale HS. Come out and support.
Print