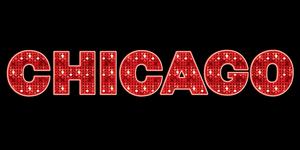 The curtains are open. The stage is being built. Maspeth High School’s brand new musical is coming soon! The musical that will be performed in the auditorium is Chicago. The musical Chicago is about two murderess locked up in Cook County Jail. One of them for killing her husband and sister. While the other had killed the man that she was having an affair with. Chicago will be performed on February 6, 2020 and   February 7, 2020. The musical is being directed by three teachers this school semester, Ms. Henry, Mr. Wichman, and Ms. Lara.

Chicago is known to be seen as a “jazzy” production like Cabaret. Which was one of the reasons why Ms. Henry and Mr. Wichman had picked the musical. Ms. Henry described Chicago as “really dance heavy” in which to her opinion “adds to the excitement of the show”.  Even the actresses and actors are excited for the production.

Giulianna Ballatore the main lead had said “we are treating each other with respect as family would” when asked what is it like working with the other actresses /actors. Even for those working behind the scenes. “Each individual has their own charisma that they during to the production” stated by one of the stagehands Amber Torres.

Like any great production it starts out small and then it becomes something huge. But even with all the chaos along the way, “somehow it always comes together in the end.”

The Cast and Roles for the musical Chicago :