A New Update to Instagram and How it May Impact Users 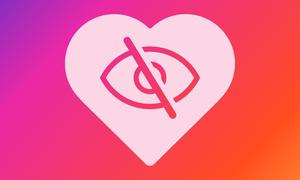 Earlier this year in April, the popular social media platform Instagram began experimenting with hiding the “like” count on users’ posts. Users will only be able to see which of their followers liked a post instead of the actual number of likes. However, the entire idea of likes has not been eliminated as users can still like other users’ posts as well as see who has liked their own posts.


In terms of the reason as to why the creators of Instagram have chose to make this change to the very popular platform is contingent on the fact that they want to decrease the importance users place in receiving validation on their content. The company has said that they hope to shift focus to the content they create instead.


"We want your friends to focus on the photos and videos you share, not how many likes they get," Instagram said in a statement. In 2017, a study that was done prompted the Royal Society for Public Health (RSPH) and Young Health Movement (YHM) to single out Instagram as the platform that most likely has a negative effect on young people’s health and wellbeing. Evidently, this new update to Instagram was encouraged because of such findings.


However, the new update for Instagram users seems to have resulted in a lot of backlash. Many users, especially those who have a large platform or have businesses on the site, have expressed their disapproval of this alteration. Individuals who depend on Instagram for their companies or their popularity may perhaps experience a decline regarding such.


In an interview done with Natalie Rodriguez--a Maspeth High School senior with over 600 Instagram followers--she demonstrated her indifference to the situation. “It doesn’t bother me because most of the time I don’t pay attention to the likes. I am just so used to double tapping and just moving on to the next post,” she stated. When asked if she believes if Instagram’s new modification to the likes section will affect her or others on the social media platform, Rodriguez expressed that although it does not hold any significance to her, “A lot of people deem the “likes” as something important to them and it matters to them” yet in regards to her, it’s “just a post on social media that won’t matter the next day.”


As the debate over Instagram’s new modification seems to increase, Rodriguez conveyed that this can be a positive change because “A lot of people suffer from low self system and those ‘likes’ can further bring their self esteem down.” Rodriguez further stated that she believes that  “Now that [the likes] are taken down, people can post and not obsess over the amount of likes they receive.”

Although Rodriguez expressed that this modification is a beneficial thing, she also voiced that

“This may have a negative effect on businesses in the long run because a lot of people show their work and put it out their on social media; sometimes those likes keep businesses running. For example, Kylie Jenner created her makeup line based off of her followers’ support and likes of her brand which also helped her earn money.”


Although Instagram’s new adjustment to its platform may require a little adjustment from its users, it seems to be that both everyday users and those with businesses may be affected by this change one way or another.