A Win for Animal Rights Activists in New York City 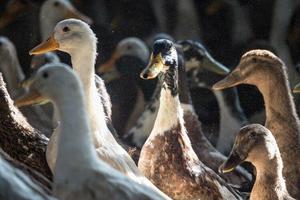 New York City recently passed a law to ban Foie gras, a French delicacy. Restaurants and grocery stores will no longer have the ability to sell Foie Gras starting in 2022 . The fine is up to $2,000 if caught selling this delicacy.


The reason behind the ban is due to the backlash received by animal rights activists. Foie gras means “Fatty Liver” in French. A geese or duck undergoes a process known as gavage, forced feeding typically with a tube connected to the stomach, to ensure the liver becomes enlarged. According to The New York Times, tubes are inserted into a duck’s throat for 20 days, and this results in the liver swelling to up to 10 times its normal size. The ducks become too big preventing them from properly walking or breathing.


Animal activists around the world long for this French delicacy to stop being produced. The effort of these animal activist have not gone unnoticed, and many people are starting to become aware of the preparation behind this delicacy such as Mr. Profeta, who told The Maspeth Messenger that “While I do think foie gras is delicious, and is one of the dishes I look forward to when I visit Paris, I honestly didn't realize what was involved to create it. Now that I understand the cruel treatment that ducks must undergo in order to create foie gras, I think that the city's decision to ban it is correct. Even for people who never eat foie gras, the discussion about the humane treatment of animals is an important one to have”.


Animal activists have also strived for policies to protect these ducks in other locations. For instance, California banned Foie Gras in 2012, and in 2006 Chicago also banned this delicacy, but this ban was eventually removed. On the other hand, Foie gras is protected by French law due to its importance to the French culture and heritage.