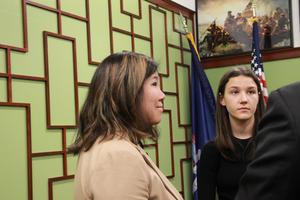 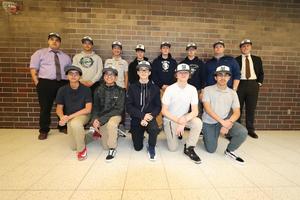 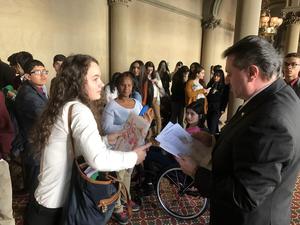 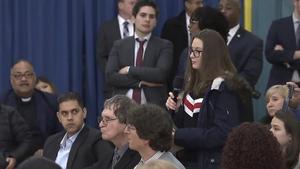 Students reach out to elected officials for help
Maspeth High's Boys JV Baseball & Boys Volleyball teams won't be able to compete in the Public School Athletic League.
The school's request to have the two teams officially recognized by the PSAL has been denied for the 7th year -in-a-row.
The MHS Student Government Association has been advocating on behalf of student athletes for the last few years.
In 2017, then SGA President delivered petitions on a trip to Albany.
In November 2017 the Ridgewood Times published an article regarding the denial of teams
At a Glendale Town Hall meeting in 2017, Student Government representatives brought to issue to light to the Mayor and Deputy Chancellor.
In 2018, Assemblyman Brian Barnwell made several efforts in support of the school's request for the two Boys teams.
Most recently, Senator Joseph Addabbo wrote a letter to the PSAL asking for an explanation of the repeated denials.
On Friday, May 3, Maspeth High School's Student Body President and Vice-President asked Congresswoman Grace Meng to intervene as well.
While Maspeth High's students have been actively emailing their representatives asking for intervention, the school has continued to fund the two teams as school clubs.
Print