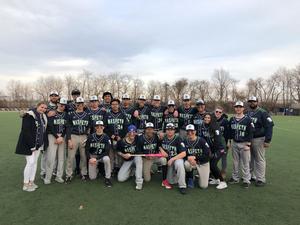 Alex H. led the Argonauts to victory on the mound. He allowed eight hits and four runs over six innings, striking out five and walking one.  Thomas J. threw one inning in relief out of the bullpen.

The team had a total of 12 hits in the game.  Ergin P, Hamlet C, and Stefano C each collected multiple hits for the Argonauts.  MHS senior Ergin went 3-for-4 at the plate to lead the Argonauts in hits.

On the base paths, two players stole at least two bases. Donato C led the way with three.