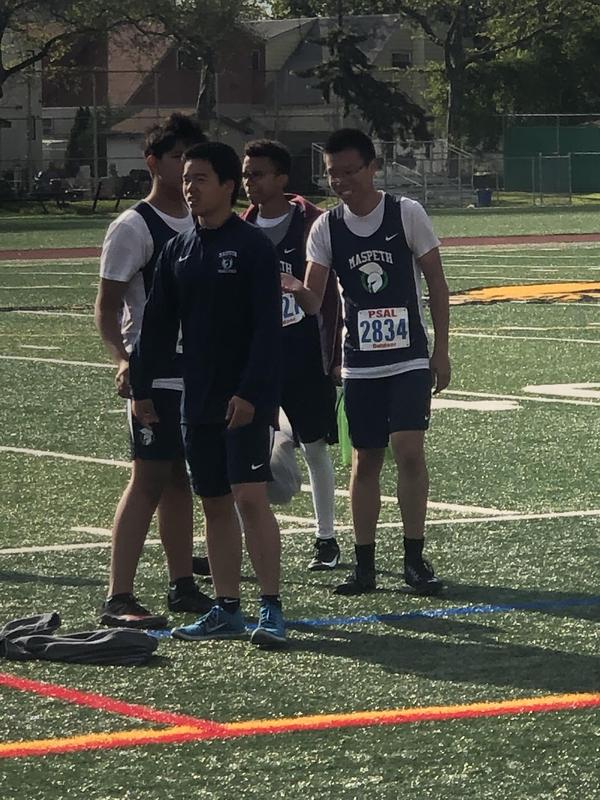 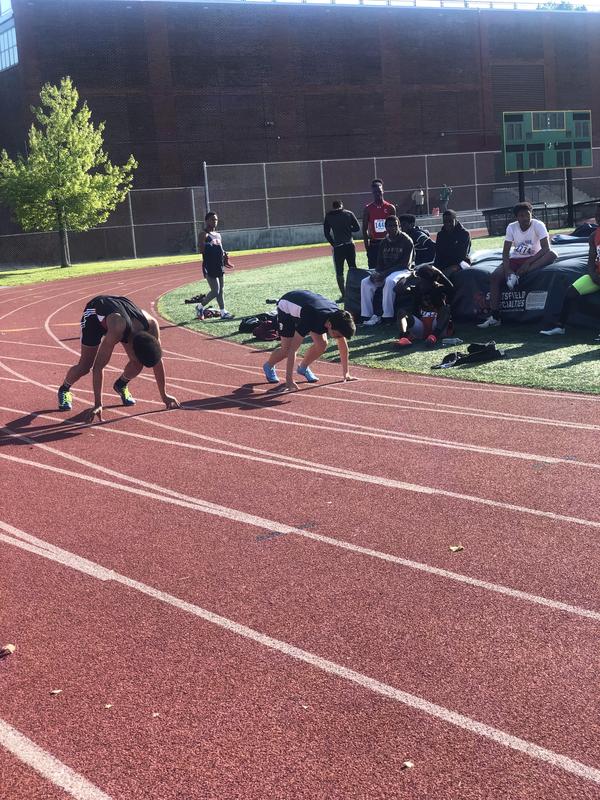 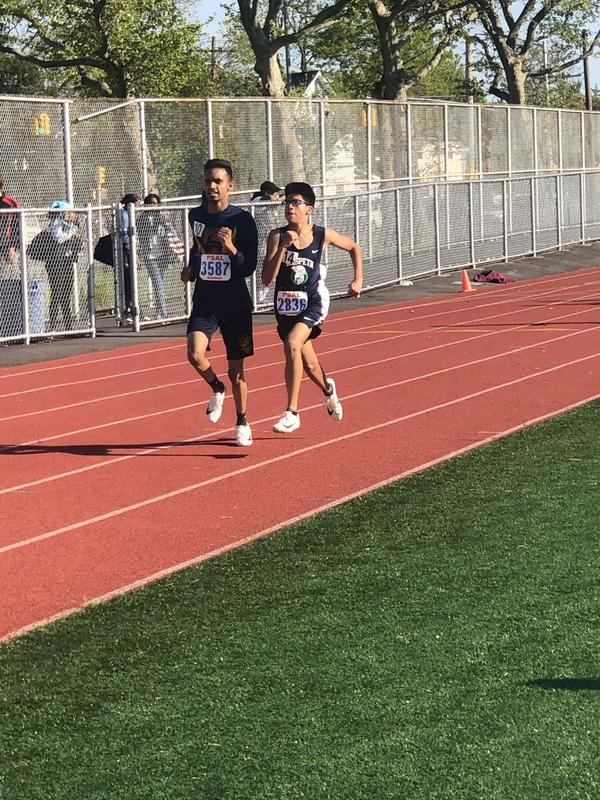 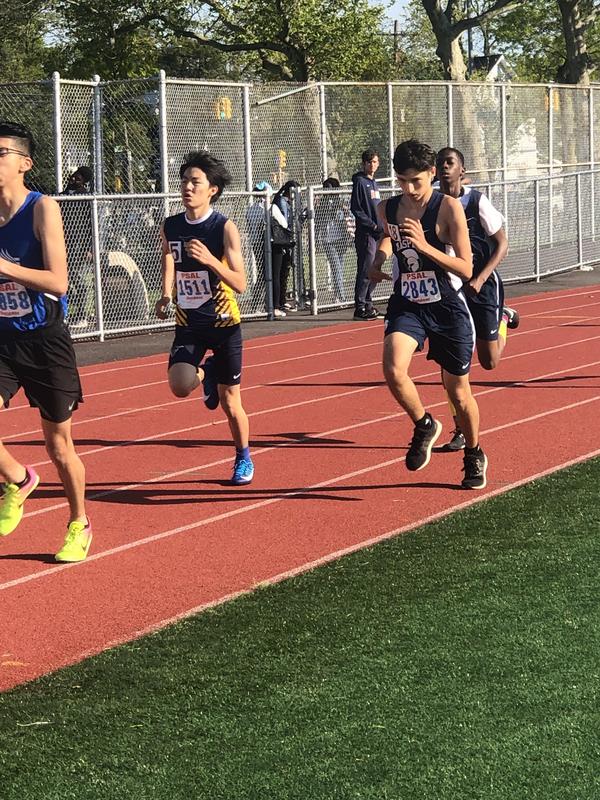 ". . . they have displayed consistent leadership skills. They have been role models . . ." Coach Mustac
The Maspeth HS Boys Outdoor Track team competed at the PSAL Queens Borough Championships at Springfield Gardens HS on Wednesday, May 16th.
Spirits were high and the competitive juices were flowing as the boys got to the track to compete. Highlights of the event included Frankie "Vroom" Velasquez finishing top 20 in queens in the 100m dash with a time of 11.7 seconds. The boys 4x100m relay team finished top 10 in Queens with a time of 49.3 seconds setting their personal records as a relay team. The team consisted of Denis "Perfect Start" Park, Andres E., Wilbert "Speedy" Santos and Frankie Velasquez. The middle and long distance runners did not perform their best but they did show up and put in the effort. Unfortunately none of the times in the events will qualify the athletes for the PSAL City Championships at ICAHN Stadium on Randall's Island.
When asked about the 4x100m relay teams performance, Coach Mustac seemed optimistic when he said "3 out of the 4 boys have been running together on the same relay team for years so they know each other very well. Adding Frankie to that dynamic group is a boost of energy." When asked about his departing senior class, Coach Mustac did not hold back stating " They're going to be missed for sure. Since I started coaching this team, they have displayed consistent leadership skills. They have been role models for the freshmen group this year. They have definitely left their legacy with this program."
Next up for the boys track team is the Fresh-Soph championships on June 2nd at Dewitt-Clinton HS. A special thank you goes out to all Maspeth Family and Friends for their continuous support throughout the year.
Print